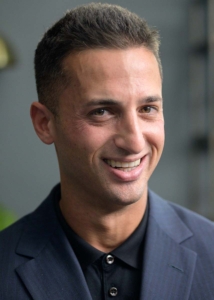 Nate joined High Country in 2013 after six years of successful efforts in sales and marketing within Major League Soccer, Aviation and Advertising.

Initially, a core member of the finance and accounting team, Nate focused on recruiting audit professionals out of the Big Four. After becoming a partner of the firm in 2018, Nate began focusing exclusively on private equity search, primarily on real estate investment firms.

In January of 2021, Nate formerly launched High Country: Private Equity Search. His group has quickly become the standard for excellence in recruiting within the private equity sector in Denver. One area in which they excel is attracting top out-of-state talent into Denver for high-growth platforms. Also in 2021, Nate was voted into The Pinnacle Society: the premier consortium of Industry-Leading recruiters in North America. Nate is the only Pinnacle Society member in the Front Range.

Nate lives in Hilltop with his Wife Candace and their Son Julian. When Nate isn’t at the office you can find him on the golf course or skiing with his wife (Alpine and Nordic). 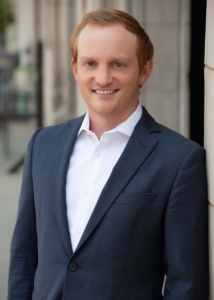 Gibson is the newest member of High Country’s Private Equity Search team. He is a focused and actionable individual with a knack for being resourceful and having strong situational intelligence, who brings fresh perspective to the specialized recruiting practice.

Before High Country, Gibson lived in Manhattan for six years where he recruited for the investment management industry. He first worked for Michael Page as a recruitment consultant before joining Heidrick & Struggles as an associate on the executive search team. Gibson has recruited on behalf of some of the world’s most prominent private equity firms, hedge funds, and global investment teams in their efforts to build high caliber teams.

Gibson earned his B.A. in Economics from Hamilton College, and his M.B.A from the University of Colorado at Boulder.

A former professional soccer player who’s travelled to over 15 countries for elite competition, Alex brings a wealth of international experience and a proven track record of what it takes to build a winning culture. He is fluent in French and conversational Spanish. While earning his bachelor’s degree in Business Administration with a minor in Spanish from UNC Chapel Hill, he captained the Division 1 soccer team achieving academic and athletic All-American status.

The parallels between high performance athletics and becoming a recruiter at High Country fueled his decision to pursue a career that aligned with his drive and character. Alex is passionate about building meaningful relationships with candidates and providing outstanding attention to detail throughout the process.

Alex spends his free time out on the soccer fields, training in Jiu Jitsu, hiking, snowboarding, cooking, and spending time with his wife and dog outdoors.